HUAZHONG UNIVERSITY OF SCIENCE AND TECHNOLOGY

Since 1952 when Huazhong Institute of Technlology was founded, or even further back, when the German doctor Erich Paulun founded the German Medical School (later as Tongji Medical University ) in Shanghai in 1907, HUST has never stopped its journey to excellence. The past 50 years has witnessed how HUST rapidly developed itself into a dynamic, ambitious and innovative comprehensive research university.

HUST covers an area of over 1,153 acres with picturesque environment, elegant surroundings and has 72% greenery coverage, which has been honored as the “University in the Forest”. It offers its students and staff first-class logistic service, efficient network service and abundant library resources. HUST has also entered into partnerships with more than 100 renowned universities and research institutions. Annually over 100 famous scholars and experts come to visit HUST and give lectures.

Now the University has over 1,000 professors and 1,300 associate professors, including 24 academicians, 65 professors receiving funds from the Cheung Kong Scholars program, 36 winners of National Science Fund for Distinguished Young Scholars, 36 listed in the “National Talents Project” and 135 young scholars listed in “New Century Outstanding Talents Project” of the Ministry of Education. In recent years, with the implementation of “New Century Education Reform Project”, HUST has built up a course system based on such major disciplines as information, mechanics, civil engineering and environmental studies, electrical engineering, medicine, management, humanities, etc. It has greatly promoted the reform of credit system and English learning program for non-English majors, strengthened its education base and practical education reform, and built 13 student innovation bases.

In addition, HUST has been awarded more than 10 national prizes for education reform, with 37 courses honored as the National Quality Courses and 126 excellent coursebooks listed in the National 11th “Five-Year Key Coursebooks”. HUST built various national advanced talents training bases, including the “National Exemplary Software Faculty”, the “National Base of Life Science and Technological Talents”, the “National Base of IC Talents”, the “National Education Base of Basic Science Course”, “National Experimental Exemplary Base of Electronic Electrician Education”, etc. The Tongji Medical College achieved excellence in the national education evaluation on seven-year medicine program and succeeded in the application for the eight-year medicine program. And HUST students won prizes in various competitions of their own disciplines, such as the “Sony Cup” in the National Electronic Design Competition of University Students in 2003 and 12 first prizes in 2005 outnumbering other universities, the golden prize in the fourth “Challenge Cup” of College Students Entrepreneurship Contest in 2005, various prizes in the National Mechanical Creation Design Competition in 2006, surpassing other universities in the nation.

The university commits itself to the task “Seek Truth and Make Innovation”. To these ends, the University seeks to be student-centered so that they may explore their capabilities and interests and develop their full intellectual  potential. It aims to foster academic innovation through coordinated interdisciplinary developmental efforts and draws on an unwavering drive toward excellence with a commitment to contributing to the needs of a changing society.
On the 470 hectares forest-like campus are scattering over 100 labs focusing on many research areas. The campus is the home to more than 10 state-level research platforms including Wuhan National Laboratory for Optoelectronics (WNLO), the Center for Gravitational Experiments, and the Wuhan National High Magnetic Field Center, Medicine and Engineering are the great pillars of HUST interwoven with arts and humanities, paint a colorful picture of our academics and research efforts.

The Affiliated Union Hospital and Tongji Hospital are large modern comprehensive hospitals integrating the function of medical service, education, scientific research and training. As the medical centers of Hubei Province and even South Central China, the hospitals boast a large number of sophisticated medical equipments, like advanced level superconductive magnetic resonance devices, X knife device. They also maintain leading positions in organ transplantation, cardiovascular surgery, hematologists, ENT, orthopedics, urology and other fields within the country. The affiliated Liyuan Hospital specializes in presbyatrics and is the research center of Geriatric Conditions of Hubei Province.

Here you will meet dedicated scholars working till late into night, vigorous students shuttling between the sportsground and the library and kind campus workers cleaning the streets early in the morning. Spring flowers, autumn leaves and winter snow, you will have a magic and charming adventure here. 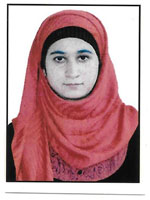 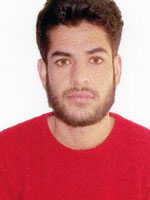 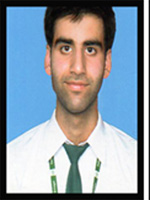